The Search for Pungo (Part I)

I can't give up. Even if a bout of frustration causes me to quit, rarely can I stop all efforts to achieve a goal. So it wasn't a surprise when, after our original outing plans fell through last week, I pulled up Mappoint and Google Earth and set out to find an access point to Pungo Lake.

Twice last year we tried to find this obscure body of water, and twice we failed. Once, our GPS indicated it was beside the dusty road on which we stood. Having seen it as a destination in my exploring north carolina book, as well as other resources, I knew it had to have an entrance. But where? After zooming in and scooting the image left, right, up and down on both digital maps, I found two potential access points to the lake. I set the GPS for one and my iTouch maps app for the other.

Pungo Lake is part of the 110,000+ acre Pocosin National Wildlife Refuge. The refuge is nestled between Highways 99 and 94, moving south from Phelps Lake, and extending to New Lake (a.k.a. Alligator Lake). Need a visual to get your bearings? Click here for a map.

If the refuge name sounds familiar, think back to the North Carolina wildfires of 2008. The pocosin forest just north of Pungo caught fire, which burned deep into the peat that makes up the forest floor. Though the wildfire blanketed the state with thick smoke (and chased us to Richmond, Virginia) I recently learned that, like the longleaf pine forest, fire is beneficial to this natural community. Many plant species that exists in a pocosin thrive from it.

But that's another natural communities blog post. For now, let's continue down the road.

The refuge, and thus Pungo Lake, is located on the Albemarle-Pamlico Peninsula. The large center "flap" on the coastal plains if you're looking at a map. On each of our visits, I'm struck by the order that now pervades a land once covered in tangled shrubs. Originally inhabited by Algonquin-speaking natives, and after years of rigorous taming, farmland, boxed off by deep ditches, creates a quilted look visible from plane windows or satellite images. Tilled rows lead the eye to a line of longleaf pines in the distance. 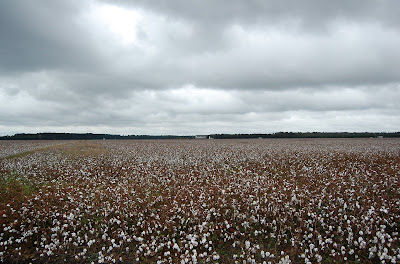 We had unexpected company on this trip. Following directions dished out by our GPS, we drove east on Hwy 264, then turned north on Hwy 99 in the heart of charming Pantego. After turning right onto Hwy 45, we spotted an impressive flock of large, white birds resting in the midst of winter wheat. Though we suspected we'd found more Tundra Swans--yet still hoping we'd found the elusive snow geese--we pulled off the road near a couple taking pictures beside a truck.

Yes, I have a picture, but I didn't know about it until we returned home. Therefore I didn't have a chance to secure permission to post it. Next time.
No one hauling kayaks and cameras on a Carolina trail is a stranger, so after taking pics of the *sighs* swans, we introduced ourselves to Steve and Gail, birders from the Durham area. Ironically, they were looking for Pungo.

They followed us, which, if you're a regular reading, you know isn't a good idea. Though I have maps galore and a good Carolina atlas, we often guess at a route or say "hey, I wonder where this goes". Apparently, my preparations and the routes we showed them on both machines convinced them we knew where we were going. Fortunately, it worked out this time (thank you, Lord) and before long, the four of us were standing on an observation platform staring at the gorgeous blue waters of Pungo Lake.

A Not Quite Stitched-Together View of Lake Pungo

Enjoyed the read. I hope you have more adventures.

Thanks, wildman! I hope we do, too.