Last week, we headed to nearby Richmond, Virginia to see what adventures we could find there. We soon discovered it would take a long time to answer that question.

Our first stop was a spot just outside the downtown area because that's where Moe's Southwest Grill is located, and we love Moe's. On the way there and back, we passed the first college we would see that day. As it turns out, Richmond is home to several colleges, and we saw four on this outing. The buildings and campuses alone are worth the visit.

After lunch, and after getting stuck in the University of Richmond's traffic while taking a driving tour of the campus, we headed downtown. Though we traveled to the area last summer, it was our first visit to Richmond proper, and we were unfamiliar with the layout of the city and with the culture. Having explored several southern towns, I expected similar elements in architecture styles and, hmm, well, tourism. There would be a carriage ride, right? None that we could find, but we did see fabulous architecture, ivy-covered walls and garden, and street after street of the most attractive townhouses I've seen: 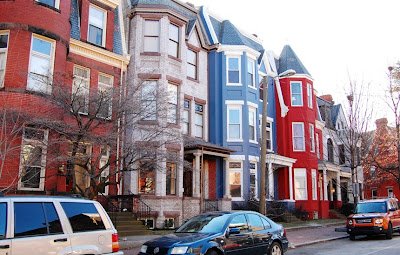 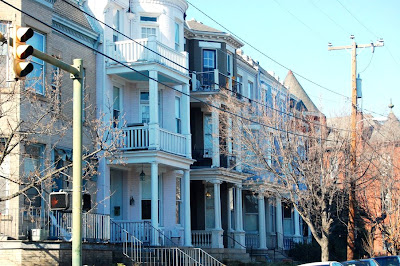 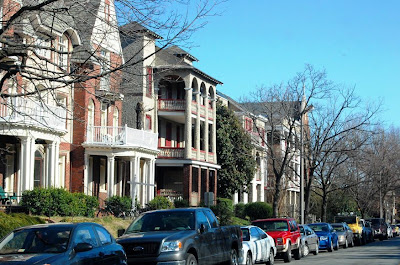 We also spotted several churches built in a vernacular of styles (a fellow author gave me that line): 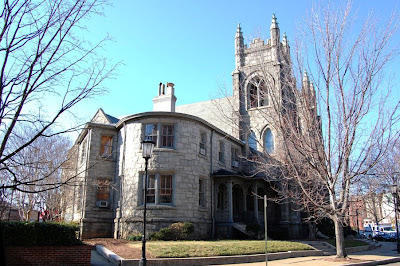 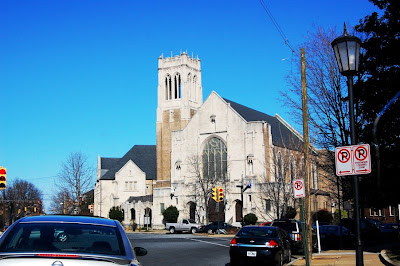 We passed several old homes as well, also built in a variety of styles from Georgian to those boasting classic Roman elements: 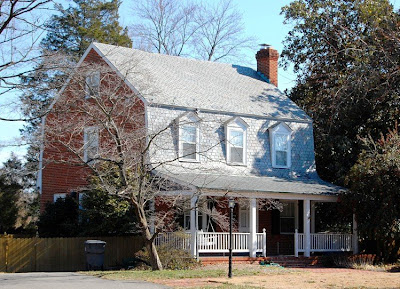 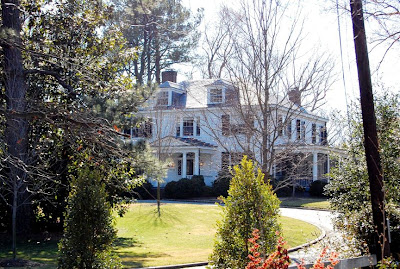 You may have noticed a plethora of cars in most of the photos. Traffic in downtown Richmond is snarly, at least on a Friday afternoon, making photographing subjects sans vehicles nearly impossible. Sightseeing, too. Cars are parked on each side of narrow streets, and, unfamiliar with the territory, we had a difficult time navigating around the area. We checked out a few more places, including historic Union Seminary, and left before rush hour hit.

Despite the traffic frustrations, we learned much. In Richmond rests Tuckahoe, the boyhood home of Thomas Jefferson. Along the banks of the James and the Appomattox Rivers, you'll find historic plantations including, Shirley Plantation, where Robert E Lee's mother grew up. In various spots around the region, you'll happen on battlefields where major skirmishes were fought. Also nearby, St Johns Church, the scene of Patrick Henry's famous "Liberty or Death" speech.

Scenic Hollywood Cemetery lay in the midst of downtown Richmond, and just twenty minutes away, you'll find Pocahontas State Park, which has over five miles of hiking trails in addition to camping, fishing, boating, biking and bridle trails (bring your own stuff).

The most important lesson of the day was that Richmond has potential, and in addition to learning more about the architecture of the city, we look forward to visiting all of these outdoor destinations.