An Interesting Day in Charleston

I'm taking a break from the Bryson City series for a guest post written by a local author and the post below on Charleston, which is of a more personal nature. This past weekend, we traveled to the lowcountry for a wedding, and while there, we spent a few hours in the historic district. Just to visit, of course, but I also needed a few photos for a novella I'm writing.

It turned into one of the most interesting visits we've had in terms of people. In that short amount of time, we saw two bridal parties posing for photos, the Google Map car, a guy wearing a kilt, and we were asked to take photos of a trio that turned out to be a private guided tour for a cancer survivor. For once, the goings on in Charleston caught my attention more than the history and scenery did, which says a lot. So of course, I had to take pictures.

Bride #1 We spotted this group at a church on Meeting St, but while we were meandering around the Battery, they showed up in this great bus for more photos. 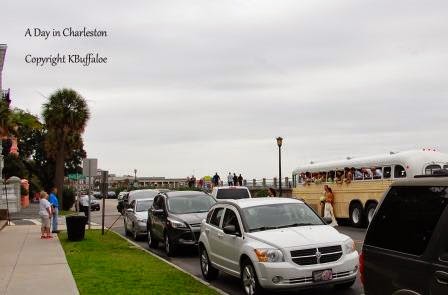 Also at the Battery, a guy in a kilt. This was shortly after the "No" vote for Scottish independence, so I jokingly suggested perhaps the lad was hoping to borrow a cannon from the folks who did manage to break from the crown. 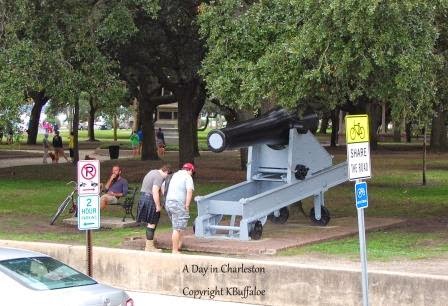 As we were heading toward the only parking spot we found, we spotted the Google Map car. This is the second time we've crossed paths with it while in SC. The driver later showed up at Brookgreen Gardens in Murrells Inlet. I maintain he uses mapping as an excuse to vacation in South Carolina. 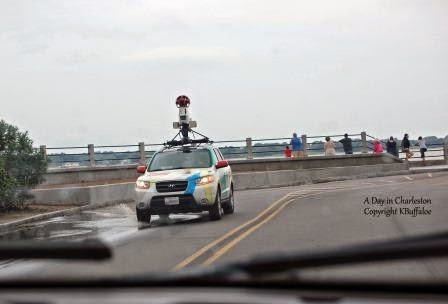 I went to the Battery because I needed photos of the gazebo in White Point Gardens for my novella. In the story, a scene takes place there on a rainy, November morning. I'll have to make due with photos taken on a cloudy September afternoon. 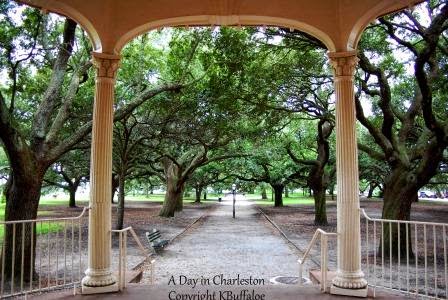 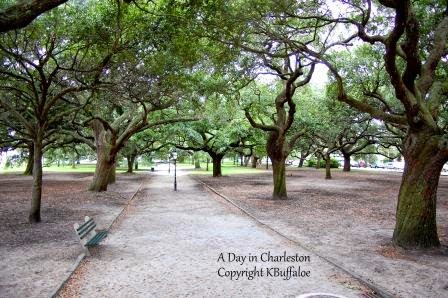 I think I can live with that. Before we left, we took a stroll along the Promenade, where I managed to get a photo of one of the most photographed homes along the Battery with a horse and carriage out front. 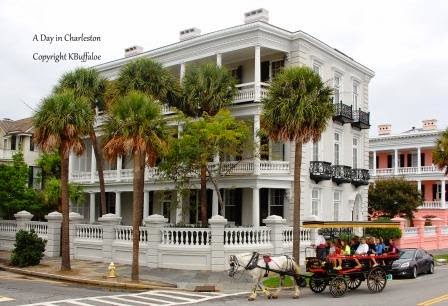 If only that car hadn't been parked there. After leaving the Battery, we made our way to the west side of the historic district to find the Old City Jail. A scene in the aforementioned novella takes place in this overlooked piece of history, which is being restored by the American College of the Building Arts. It's wonderfully creepy, so how in the world did I fit this into a novella? Once upon a time, executions were held in the courtyard. One particular (and fictional) hanging plays an important role in the story. 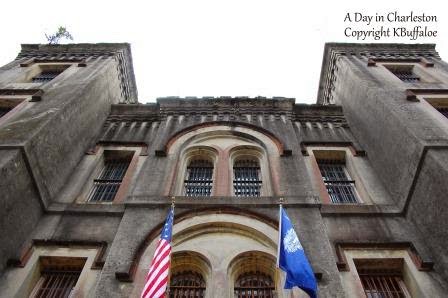 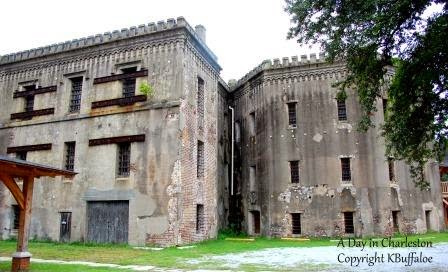 Another scene takes place in St. Michael's Church, which also plays another role in the novella. While taking photos that I hope to use for the cover, we spotted Bride #2 of the day, and another interesting piece of American History. 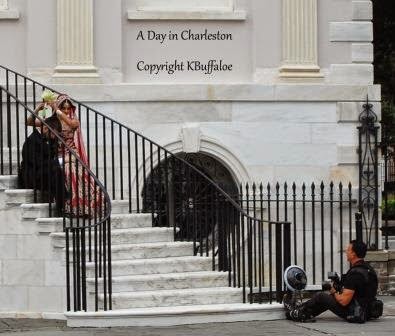 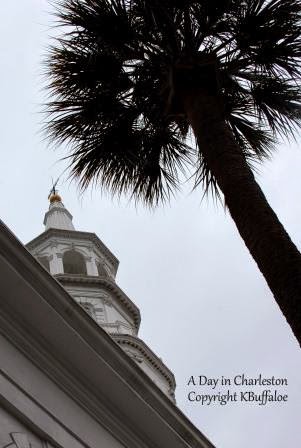 During the drive to the wedding, I snapped off a few photos of Charleston from the bridge. 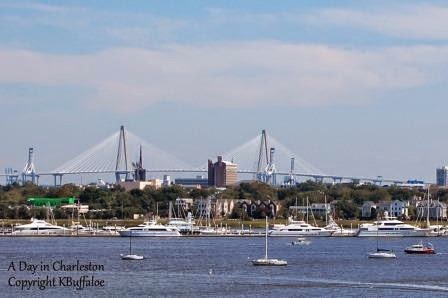 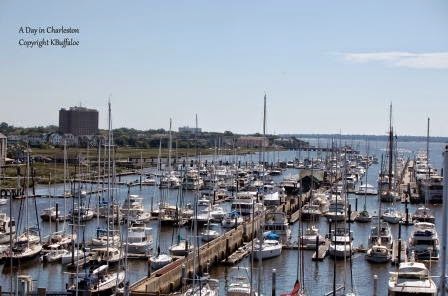