As I've shared in the past, during a writers conference one year, while sitting at a table hosted by an editor, someone got me on the subject of the Carolinas. I'm sure they soon regretted that because I talked on and on about the beauty and history found in these states. When I ran out of air, the editor sat back, crossed her arms in dramatic fashion, and with a tired sigh said, "So..." Pause for effect. "You seem to know a lot about history. Tell me..." Pause for effect. "Are you writing a historical?"

Having totally forgotten the house she represented published the genre, I said something along the lines of, "No. You can't take a step around here without walking on history."

This past weekend, we drove down east to explore what I learned was a forgotten, and now, often overlooked piece of history located along the Cape Fear River across from Carolina Beach State Park.

Brunswick Town was established on the banks of the Cape Fear around 1726. It was a place of trade, a place of politics. In the midst of twisted oaks laden with moss, people lived, worked, enjoyed the beauty of life along the majestic river.

But like the port town of Bath, the village began to die out. What was left went up in smoke when British soldiers arrived in 1776. They left behind few remains. 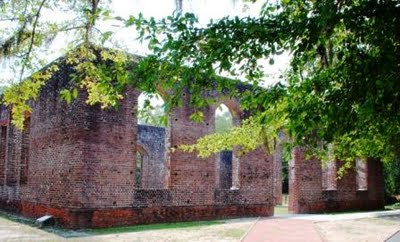 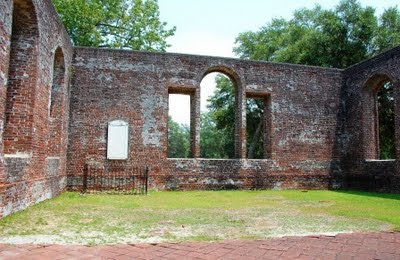 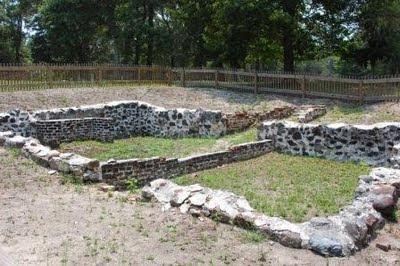 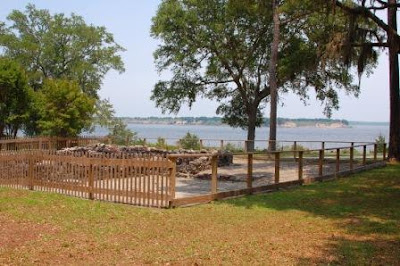 And it stayed that way for a century. But during the War Between the States, the land that was once a busy port town became Fort Anderson. Mounds were built, "one shovel at a time" to create fortifications. 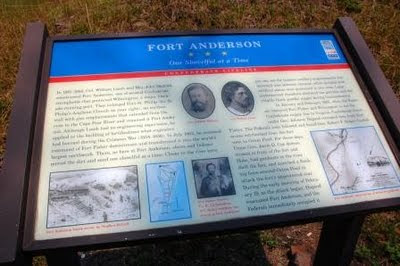 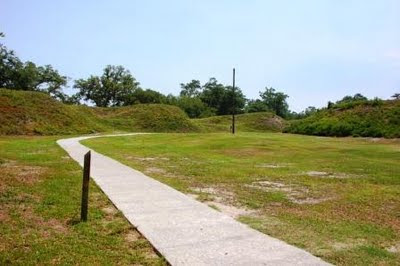 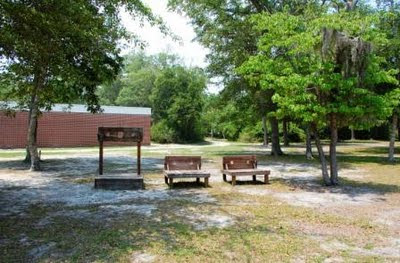 But the war ended, along with the need for Fort Anderson. And for another century, Old Brunswick was once again forgotten.

Until the 1950s. Then, a man who recognized the historical significance of the area launched an effort to find Old Brunswick's remains, and today, guest can stop at the Visitors Center for information before strolling around the grounds first settled by the son of a Carolina governor. It's a quiet walk, disturbed only by other visitors or pelicans flying above in formation. But few residents are found there. Silent sentinels. No one who can tell the stories of Old Brunswick Town. 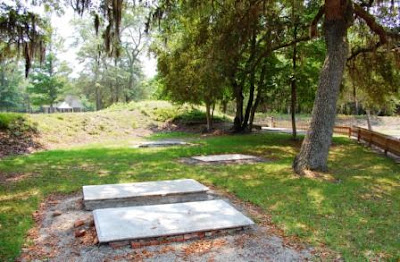 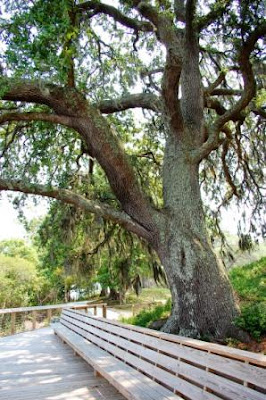 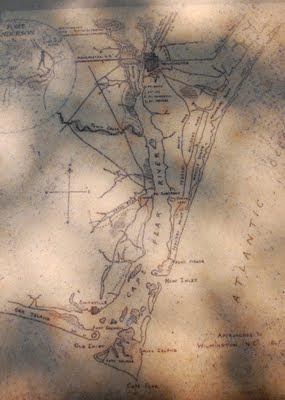 Those memories have been lost over time. But thanks to those who hoped to preserve the past, Old Brunswick Town hasn't been lost to history.

For more information, go to www.nchistoricsites.org/brunswic/main.htm

All text and photos are copyright material. Do not use or distribute without author's permission.
Posted by Kimberli
Email ThisBlogThis!Share to TwitterShare to FacebookShare to Pinterest
Labels: Brunswick Town, Cape Fear, Coastal NC, Early Settlements, History

Gosh Kimberli ... reading what the editor said to you made me realize you'd be GREAT as a writer of historical novels!! Your love of and knowledge of history of this area is amazing, and you could certainly weave all that into a great story with your story telling skills!!

That's so sweet. Thank you, Brenda! As I told Charlotte (the editor) during that conversation, my first novel was a historical and it taught me how little I knew. The big events I could handle, but I had no idea what types of door knobs they used, if they used oil or gas street lighting, and whether they had sidewalks, and if so, what kind of material they used. Without the small details (and there are so many of them!) I couldn't make the era believable.

Someday, maybe. I'd love to set a novel in the then newly established Brunswick Town!