My hectic travel schedule has almost ended for now. Our latest stop--Due West, located south of Anderson at the base of South Carolina's foothills.

According to a little pamphlet I purchased, natives (Cherokee, I think, but the pamphlet isn't clear) ceded what is now Due West in 1777 along with what's known as Anderson, Oconee, Pickens, and Greenville counties. The origin of the city's name is unclear, but the pamphlet makes reference to Dewiss Corner, Dewises Corner, Duet's and more. However, the pamphlet also states that in 1790, the pastor of the original ARP church is the first recorded person to have used "Due West".

Now a quiet, charming town with a couple of large, Victorian homes and one main street, Due West is home to Erskine College and Seminary. It's summertime, so the students are gone and the town is incredibly quiet. I've posted a few photos of the campus, and one of downtown.

As always, all photos are copyright material. 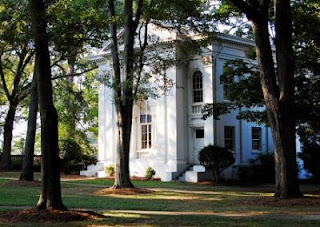 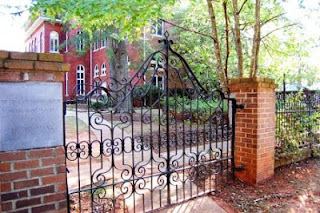 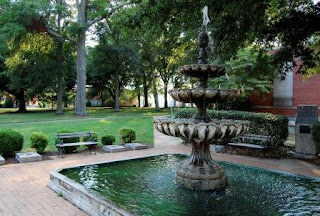 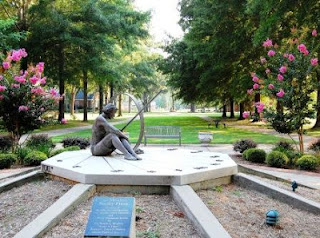 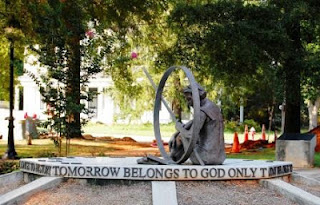 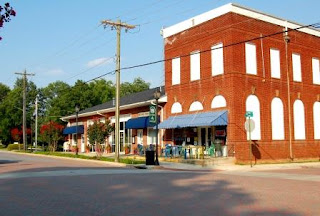 There isn't much in terms of outdoor recreation in Due West. However, several lakes are situated nearby, and one unit of Sumpter National Forest is just south of the town. So if you're in the area, be prepared to check them out!
Posted by Kimberli
Email ThisBlogThis!Share to TwitterShare to FacebookShare to Pinterest
Labels: Due West, Erskine, South Carolina

Absolutely beautiful. The architecture just leaves me breathless. I also love the red brick. And, of course, the gorgeous landscape. Isn't it nice to know that there are still places like this left in the world?

Oh, I meant to tell you that I love your header picture!!

Thanks, Julie! I took the cypress tree banner shot at Jones Lake in Bladen County, the subject of this week's blog post (if I can stop procrastinating on it.)

Due West is a sweet, charming town. We enjoyed walking around the campus and enjoying the scenery, but I would have killed for a hiking trail! lol