Magnolias, thick and leafy, and gnarled limbs of ancient oaks join, forming a protective canopy for those sleeping beneath a blanket of fallen leaves. Granite and marble mark the graves of some, while slabs and shells, others. This is the Old Burying Ground in Beaufort, North Carolina.

I first learned about the cemetery three years ago, shortly after moving to the eastern plains. The story of a soldier buried upright intrigued me, but our previous, too short, visits to Beaufort were spent dining or strolling along Front Street. But on this visit, we set out to find the cemetery.

Bordered by Ann, Craven and Broad streets, the cemetery sits behind the towering white fortress of Ann Street United Methodist Church. Tall trees and thick azaleas that bloom pink in the spring form such a protective barrier, we would have missed the resting ground if not for the wrought iron fence and sign marking the entrance. 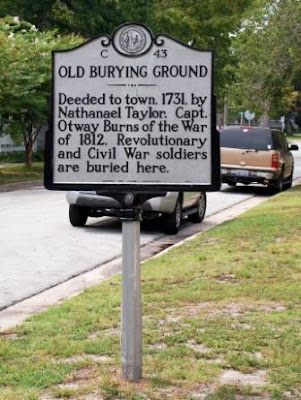 Once inside, we walked leaf-covered paths, visiting gravesites of those interred from Beaufort's earliest days. Reportedly, those sleeping include a privateer, the aforementioned upright soldier, the crew of a ship that wrecked off nearby Shackleford Banks, and, according to several accounts, a child supposedly buried in a barrel of rum. While capturing the sights with my camera, I used settings I felt would better portray the feel and mood of that historic place. 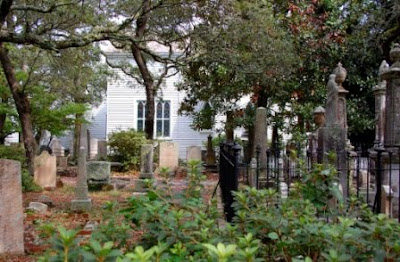 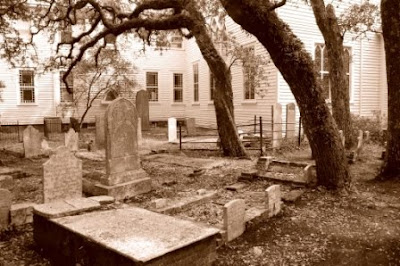 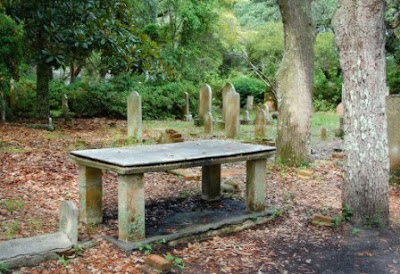 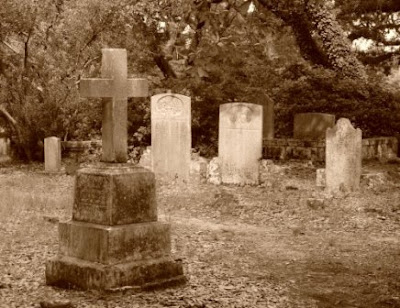 A must see for those who love North Carolina's beauty and history. We'll go again in the spring, when the azaleas are exploding with color.

The Old Burying Ground wasn't our only stop that day. During our visit, we discovered another sanctuary, one we'd previously seen across the waters of Taylor's Creek, but somehow missed that it was the home of the Rachel Carson Estuarine Research Reserve. More on that in my next post.

I love the Old Burying Ground. We haven't been there for years. Thanks for taking us back in your photographs.

You're welcome. I so appreciate those who maintain North Carolina's history.

I had to wipe away a happy tear before I could comment. Beautiful. We had to learn about it in school, but I appreciate it so much more now that I'm older.

You've done a wonderful job of portraying not only the history, but the essence of the burying ground.

Thank you, Julie. I always hope to portray destinations in light of their history and/or regional flavor. Thanks for letting me know I succeeded with the Old Burying Ground. I'd hoped to do it justice.