Thanks to the recommendation of, and outstanding photos taken by fellow CarolinasAdventures member, Skip, (click here to view gallery) we recently traveled to Fort Fisher on aptly named Pleasure Island, located just south of Wilmington, North Carolina. Wedged between the Cape Fear River and the Atlantic Ocean, Fort Fisher offers plenty of beach, but we quickly learned there's more to see on this sliver of land, and we're already making plans to return.

We made three stops during this visit, including one to Fort Fisher State Recreation Area. We pulled into the paved parking lot, and stopped at the Visitors Center to look around. According to NC State Park's website, the rec area has over six miles of beach, which I later learned extends south along a bay called The Basin, clearly seen on Google Maps or Google Earth at 33.952189,-77.941132.


View Larger Map
You'll notice a line on the western edge along the Cape Fear seems to enclose The Basin (which includes Zeke's Island and an island called No Name.) From the NC Park's website, I learned this is a long, manmade jetty called "The Rocks", which was built in the late 1800's. To read about its original purpose and history, go to www.ncparks.gov/Visit/parks/fofi/history.php

Skip mentioned exploring The Basin by kayak. Until we do, we'll have to take the Fort Fisher-Southport ferry to get a closer look at The Basin.

But that's a future visit. On this day, anxious to get out after long months of cold weather, we crossed the boardwalk and strolled down to the beach. While far too chilly to stick our toes in the sand, we did enjoy the sun, the waves, and watching plenty of the rec area's native inhabitants enjoying the beach life: 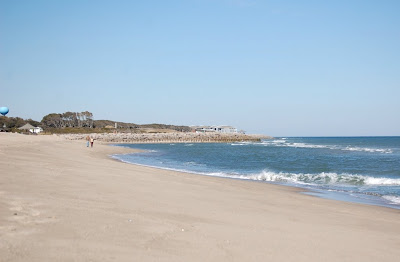 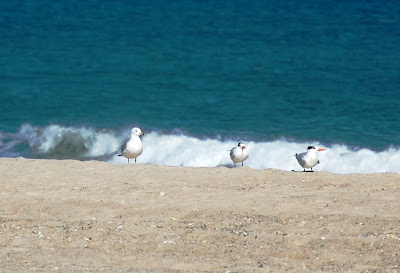 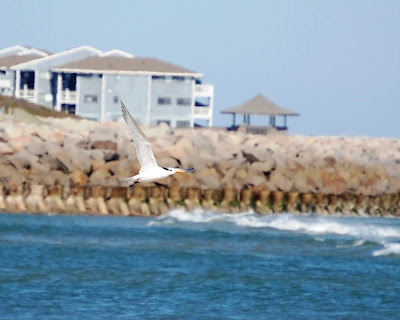 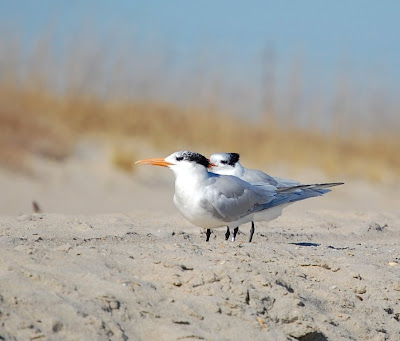 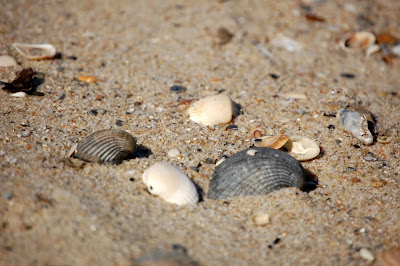 That alone is worth a return visit. But fortunately, both the Fort Fisher Historical Area and the NC Aquarium Fort Fisher are a short distance from the beach. More on that in upcoming posts.