Smoke from the wildfire raging on in the Pocosin National Wildlife Refuge located on the Albemarle Pamlico Peninsula blew in our direction last week, (we're two hours west of it) blocking the sky and snaking across the land. The sun peeked out for a bit one night, and I managed to snap a few photos. Here are several that I took during that time: 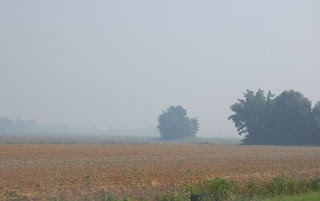 Smoke obscured views throughout the area 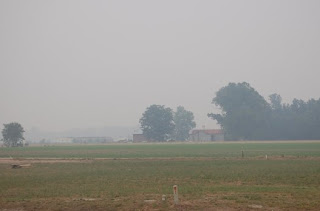 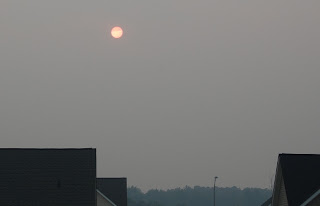 My view of the sun on the second evening after the smoke pervaded the area.
I'm working on a report for a trip that was greatly influenced by some of the thickest smoke we've seen to date.
Posted by Kimberli
Email ThisBlogThis!Share to TwitterShare to FacebookShare to Pinterest