We headed to Rocky Mount to introduce my husband to Battle Park. I won't rehash the report I posted last week, but I will say I saw more of the area including the falls, which I somehow missed on my first trip (I mentioned the falls in my previous report, but I had become aware of its existence only through research. I'd apparently been too entranced by the view of the glossy black waters of the Tar and the massive boulders beside the river to notice.)

While walking down the path to the rock-strewn banks of the river on this visit, I was again struck by the peace and serenity of this place. The old cotton mill is a bit unsightly, but it was a big part of this town for nearly two centuries. On the way to the park that morning, I had slowed long enough to read the historical marker outside the mill and learned that construction on it began in 1818. It was burned down by the Federals in 1863, rebuilt, and used until the late 1990's. For more information on the mill, go to www.historync.org/RockyMountMill.htm and www.lib.unc.edu/mss/inv/r/Rocky_Mount_Mills.html

These links solve the mystery behind Battle Park's name. One of the first owners of the mill was Joel Battle, and the Battle family owned the mill from 1825 to 1883. I'm sure we'll visit this park again, if only to investigate the trail that winds along the river. 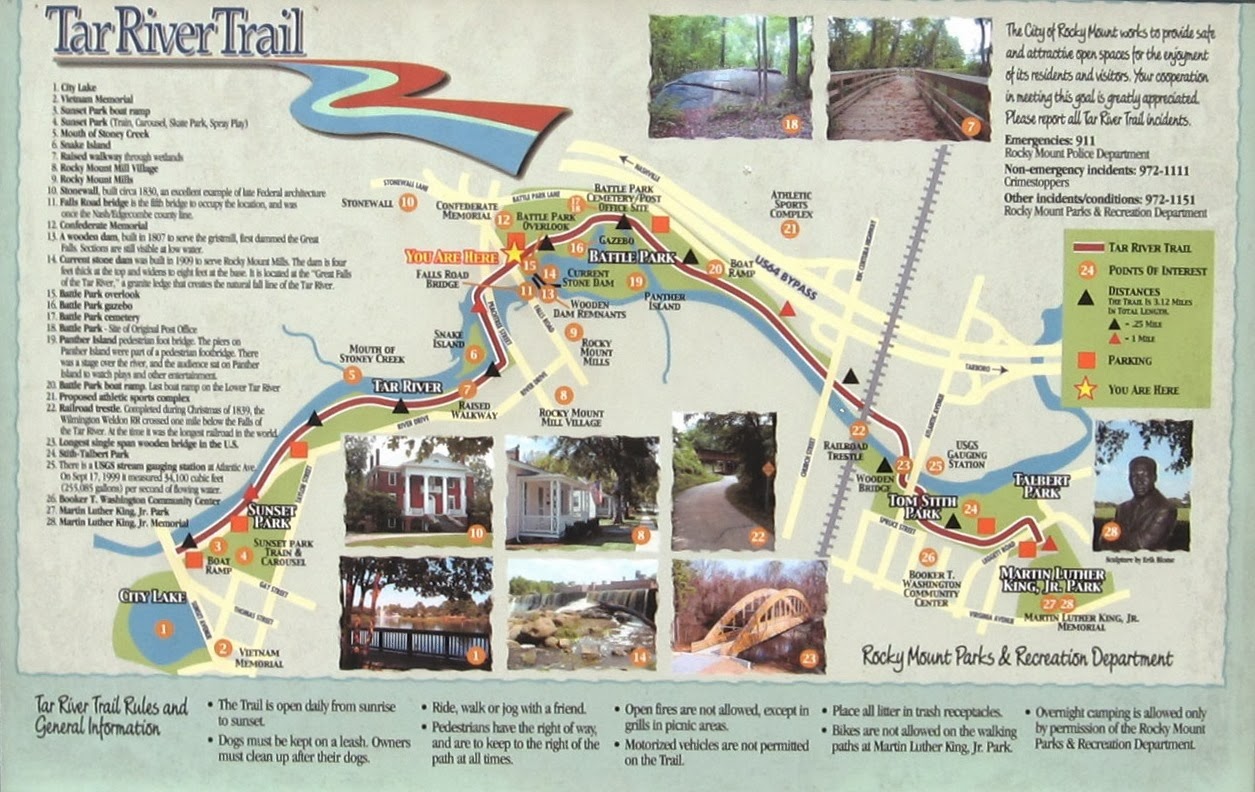