We recently followed advice from several hiking-group members and visited Jones Gap State Park. The park is located at the end of a long, winding road off Hwy 11 near Cleveland, SC, on the way to Table Rock. After paying the required park fee, we walked down a narrow pathway, over a bridge and past a serene open picnic area, and began our hike.

This mulch/dirt trails follows the boulder-strewn Middle Saluda River and is, for the most part, level. However, it had enough natural obstacles in the path to make it more than just a stroll in the forest. We walked beneath a leafy canopy formed by wispy branches, and enjoyed the company of a few passing hikers and the chirping of a lone, yet enthusiastic bird. 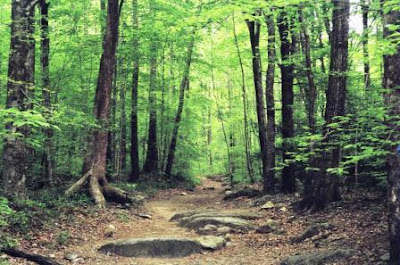 We crossed wood bridges, and navigated over several streams/creeks/trickles of water that intersected the trail, but detoured to reach the falls. 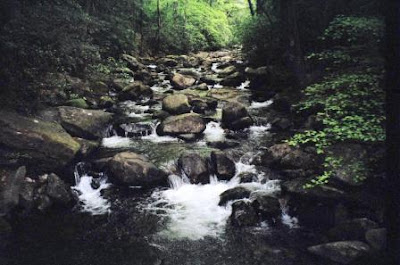 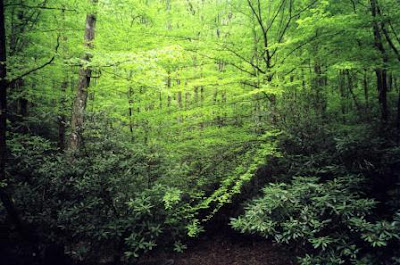 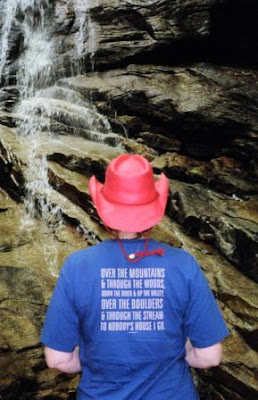 A short hike, but a nice way to spend a couple of hours in the Upstate. Jones Gap State Park has several trails, at least one of which extends to Hwy 276 in the Mountain Bridge Wilderness. Along with the trails, the picnic area is a popular spot, so the parking lot tends to fill up quickly. If you're planning a visit, arrive early or later in the day.